March is Women’s History Month, and The Nook has a new display up featuring true stories of amazing women & YA novels centering on women and women’s issues.  You can access the full reading list here. 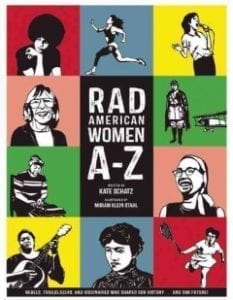 Rad American Women A-Z
Profiled are 26 American women from the 18th through 21st centuries, who have made-or are still making–history as artists, writers, teachers, lawyers, or athletes. The women come from a variety of economic and ethnic backgrounds and many had to overcome extreme hardships. One woman represents each alphabetical letter beginning with Angela Davis, an activist, teacher, and writer, and concludes with Zora Neale Hurston, an anthropologist and writer. 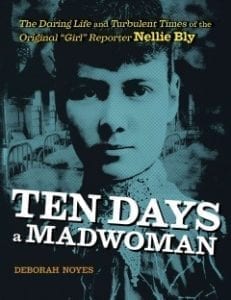 Ten Days a Madwoman
Young Nellie Bly had ambitious goals, especially for a woman at the end of the nineteenth century, when the few female journalists were relegated to writing columns about cleaning or fashion. But fresh off a train from Pittsburgh, Nellie knew she was destined for more and pulled a major journalistic stunt that skyrocketed her to fame: feigning insanity, being committed to the notorious asylum on Blackwell’s Island, and writing a shocking exposé of the clinic’s horrific treatment of its patients. 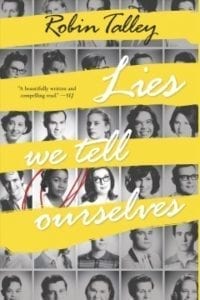 Lies We Tell Ourselves
In 1959 Virginia, Sarah, a black student who is one of the first to attend a newly integrated school, forces Linda, a white integration opponent’s daughter, to confront harsh truths when they work together on a school project. 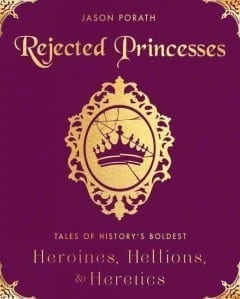 Rejected Princesses
These are not fantasy tales of blushing ingenues and happily-ever-afters. Here are the real unsung women of history, real and from literature, mythology and folklore. Rejected Princesses dismisses the ‘pretty pink princess’ stereotype and profiles, through biography, imagery, wit, and humor, badass women throughout time and from all around the world. 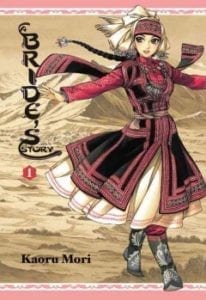 A Bride’s Story
As she and her husband adjust to their arranged marriage, Amir strives to find her role as she settles into a new life and a new home in a society quick to define that role for her. 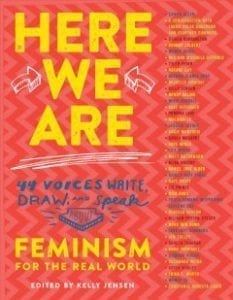 Here We Are: Feminism for the Real World
Forty-four writers, dancers, actors, and artists contribute essays, lists, poems, comics, and illustrations about everything from body positivity to romance to gender identity to intersectionality to the greatest girl friendships in fiction. Together, they share diverse perspectives on and insights into what feminism means and what it looks like. Come on in, turn the pages, and be inspired to find your own path to feminism by the awesome individuals in Here We Are.