Here are some of the books coming to our shelves in April! 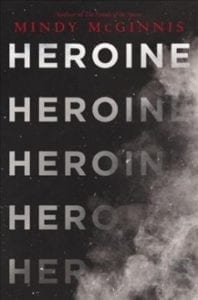 When a car crash sidelines Mickey just before softball season, she has to find a way to hold on to her spot as the catcher for a team expected to make a historic tournament run. Behind the plate is the only place she’s ever felt comfortable, and the painkillers she’s been prescribed can help her get there. The pills do more than take away pain; they make her feel good. With a new circle of friends–fellow injured athletes, others with just time to kill–Mickey finds peaceful acceptance, and people with whom words come easily, even if it is just the pills loosening her tongue. But as the pressure to be Mickey Catalan heightens, her need increases, and it becomes less about pain and more about want, something that could send her spiraling out of control. 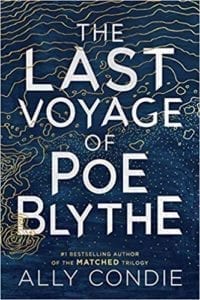 The Last Voyage of Poe Blythe

Poe has vowed to annihilate the river raiders who robbed her of everything two years ago. But as she navigates the treacherous waters of the Serpentine and realizes there might be a traitor among her crew, she must also reckon with who she has become, who she wants to be, and the ways love can change and shape you. Even—and especially—when you think all is lost. 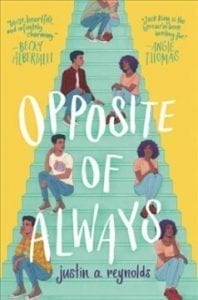 When Jack and Kate meet at a party, bonding until sunrise over their mutual love of Froot Loops and their favorite flicks, Jack knows he’s falling—hard. Soon she’s meeting his best friends, Jillian and Franny, and Kate wins them over as easily as she did Jack. But then Kate dies. And their story should end there. Yet Kate’s death sends Jack back to the beginning, the moment they first meet, and Kate’s there again. Healthy, happy, and charming as ever. Jack isn’t sure if he’s losing his mind. Still, if he has a chance to prevent Kate’s death, he’ll take it. Even if that means believing in time travel. However, Jack will learn that his actions are not without consequences. And when one choice turns deadly for someone else close to him, he has to figure out what he’s willing to do to save the people he loves. 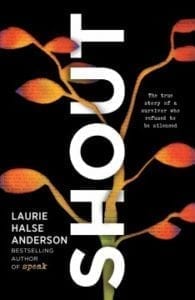 Inspired by her fans and enraged by how little in our culture has changed since her groundbreaking novel Speak was first published twenty years ago, she has written a poetry memoir that is as vulnerable as it is rallying, as timely as it is timeless. In free verse, Anderson shares reflections, rants, and calls to action woven between deeply personal stories from her life that she’s never written about before. Searing and soul-searching, this important memoir is a denouncement of our society’s failures and a love letter to all the people with the courage to say #MeToo and #TimesUp, whether aloud, online, or only in their own hearts. Shout speaks truth to power in a loud, clear voice– and once you hear it, it is impossible to ignore. 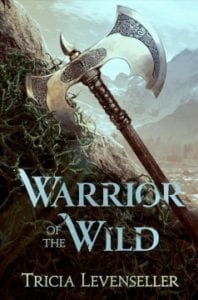 Warrior of the Wild

How do you kill a god? As her father’s chosen heir, eighteen-year-old Rasmira has trained her whole life to become a warrior and lead her village. But when her coming-of-age trial is sabotaged and she fails the test, her father banishes her to the monster-filled wilderness with an impossible quest: To win back her honor, she must kill the oppressive god who claims tribute from the villages each year, or die trying. 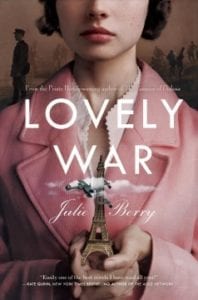 They are Hazel, James, Aubrey, and Colette. A classical pianist from London, a British would-be architect-turned-soldier, a Harlem-born ragtime genius in the U.S. Army, and a Belgian orphan with a gorgeous voice and a devastating past. Their story, as told by goddess Aphrodite, who must spin the tale or face judgment on Mount Olympus, is filled with hope and heartbreak, prejudice and passion, and reveals that, though War is a formidable force, it’s no match for the transcendent power of Love.