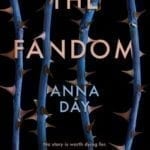 I’m really excited about a couple of these – The Backstagers, because I love graphic novels that do not involve traditional superheroes, and The Fandom, because the premise absolutely fascinates me!

We’ll Fly Away by Bryan Bliss – Toby and Luke are best friends, bound by a goal of leaving their dead-end town. They are so close to freedom until they each make a series of choices that set them down an irrevocable path.

Dread Nation by Justina Ireland – When families go missing in Baltimore County, Jane McKeene, who is studying to become an Attendant, finds herself in the middle of a conspiracy that has her fighting for her life against powerful enemies.

The Backstagers by James Tynion – When Jory transfers to an all-boys private high school, he’s taken in by the only ones who don’t treat him like a new kid, the lowly stage crew known as the Backstagers. Not only does he gain great, lifetime friends, Jory is also introduced to an entire magical world that lives beyond the curtain. With the unpredictable twists and turns of the underground world, the Backstagers venture into the unknown, determined to put together the best play their high school has ever seen.

The Fandom by Anna Day – Violet’s in her element–cosplay at the ready, she can’t wait to feel part of her favorite fandom: The Gallow’s Dance, a mega-story and movie franchise that she and her friends know every word of. But at Comic-Con, a freak accident transports Violet and her friends into the story for real. And in just the first five minutes, they cause the death of the heroine and get taken prisoner by the rebel group she was supposed to lead to victory. Fueled by love, guilt, and fear, it’s up to Violet to take her place and play out the plot the way it was written. But stories have a life of their own, and when you change the script in one place, the rest gets revised too.

When Dimple met Rishi  by Sandhya Menon – When Dimple Shah and Rishi Patel meet at a summer program for aspiring web developers, Dimple is avoiding her parents’ obsession with “marriage prospects” but Rishi hopes to woo her into accepting an arranged marriage with him.