A smattering of new titles available at PPL in March! 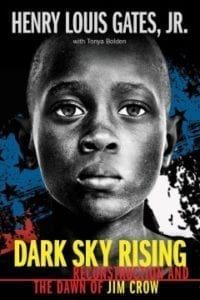 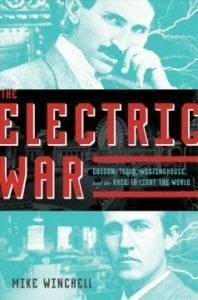 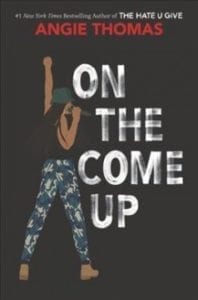 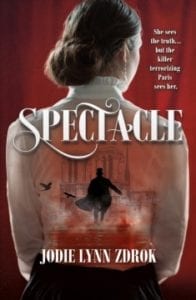 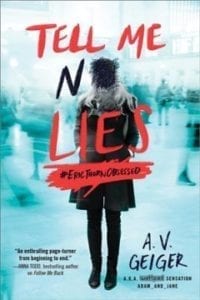 This is a story about America during and after Reconstruction, one of history’s most pivotal and misunderstood chapters. In a stirring account of emancipation, the struggle for citizenship and national reunion, and the advent of racial segregation, the renowned Harvard scholar delivers a book that is illuminating and timely. Real-life accounts drive the narrative, spanning the half century between the Civil War and Birth of a Nation. Here, you will come face-to-face with the people and events of Reconstruction’s noble democratic experiment, its tragic undermining, and the drawing of a new “color line” in the long Jim Crow era that followed. In introducing young readers to them, and to the resiliency of the African American people at times of progress and betrayal, Professor Gates shares a history that remains vitally relevant today.

The Electric War by Mike Winchell

In the latter half of the nineteenth century, a burgeoning science called electricity promised to shine new light on a rousing nation. Inventive and ambitious minds were hard at work. Soon that spark was fanned, and a fiery war was underway to be the first to light the world with electricity. Thomas Alva Edison, the inventor of direct current (DC), engaged in a brutal battle with Nikola Tesla and George Westinghouse, the inventors of alternating current (AC). There would be no ties in this race – only a winner and a loser. The prize: a nationwide monopoly in electric current. Brimming with action, suspense, and rich historical and biographical information about these brilliant inventors, here is the intriguing account of one of the world’s most defining scientific competitions.

On the Come Up by Angie Thomas

Sixteen-year-old Bri wants to be one of the greatest rappers of all time. Or at least win her first battle. As the daughter of an underground hip hop legend who died right before he hit big, Bris got massive shoes to fill. But its hard to get your come up when you’re labeled a hoodlum at school, and your fridge at home is empty after your mom loses her job. So Bri pours her anger and frustration into her first song, which goes viral — for all the wrong reasons. Bri soon finds herself at the center of a controversy, portrayed by the media as more menace than MC. But with an eviction notice staring her family down, Bri doesnt just want to make it — she has to. Even if it means becoming the very thing the public has made her out to be. Insightful, unflinching, and full of heart, On the Come Up is an ode to hip hop from one of the most influential literary voices of a generation. It is the story of fighting for your dreams, even as the odds are stacked against you; and about how, especially for young black people, freedom of speech isn’t always free.

Paris, 1887. Sixteen-year-old Nathalie Baudin writes the daily morgue column for Le Petit Journal. Her job is to summarize each days new arrivals, a task she finds both fascinating and routine. That is, until the day she has a vision of the newest body, a young woman, being murderedfrom the perspective of the murderer himself. When the body of another woman is retrieved from the Seine days later, Paris begins to buzz with rumors that this victim may not be the last. Nathalie’s search for answers sends her down a long, twisty road involving her mentally ill aunt, a brilliant but deluded scientist, and eventually into the Parisian Catacombs. As the killer continues to haunt the streets of Paris, it becomes clear that Nathalie’s strange new ability may make her the only one who can discover the killers identity–and she’ll have to do it before she becomes a target herself.

Tell Me No Lies by A.V. Geiger

Agoraphobic fangirl Tessa Hart has finally left her house–only to trade one hiding place for another. But she can only stay out of sight for so long before she’s forced to face the deadly consequences of her past.